A remount of a collaboration between The Builders Association and Diller Scofidio + Renfro. The original production was created in 1998 and toured internationally through 2000.

JET LAG is a cross-media project developed collaboratively by The Builders Association and the architect/media artists Diller + Scofidio. Our shared interest in combining the presence of live performers with the electronic presence of new technologies prompted the two companies to begin this project.

JET LAG is based on two actual personalities in recent history, whose lives were enmeshed in complications of time and space brought on by contemporary technologies.

1. Sarah Krassnoff was an American grandmother, who over a period of six months in 1970 crossed the Atlantic in 167 consecutive flights with her grandson to elude the pursuit of the child’s father and psychiatrist. They traveled New York to Amsterdam, Amsterdam to New York, never once leaving the airport. After a non-stop chase that lasted nearly half a year, Krassnoff finally died of jet lag. In his book “The Third Window” Paul Virilio cites this event, and calls Sarah Krassnoff “a contemporary heroine who lived in deferred time.”

2. Joining the 1969 Round The World competition, yachtsman Donald Crowhurst set off on a solo circumnavigation race around the globe. Driven by the guaranteed publicity of the event, Crowhurst attempted the difficult voyage without adequate preparation. Encountering severe difficulty, he aborted the race in the first leg. However, rather than returning home, Crowhurst sailed in circles off the coast of South America, producing a counterfeit log and sending home regular reports documenting a fake ten-month voyage around the world. The British press dutifully published his reports of his (faked) journey, and he became a working-class hero. While circling at sea, Crowhurst kept a haunting diary charting his mental deterioration and increasingly delusional episodes. While in the apparent lead of the race, Crowhurst threw himself off his boat, and presumably drowned. Crowhurst’s story is recreated here through films and tapes he created during his journey.

These true stories feature people severed from the conventions of time and space. In Krassnoff’s world of high-speed travel, geography is compressed into the time between take offs and touch downs. In Crowhurst’s world of faked geography, his location and identity are manufactured solely through his representations for and by the media.

Based on an original idea by Diller Scofidio + Renfro

This production has been remounted with the generous support of Peak Performances @ Montclair State (NJ), the National Endowment for the Arts and the Baryshnikov Arts Center. 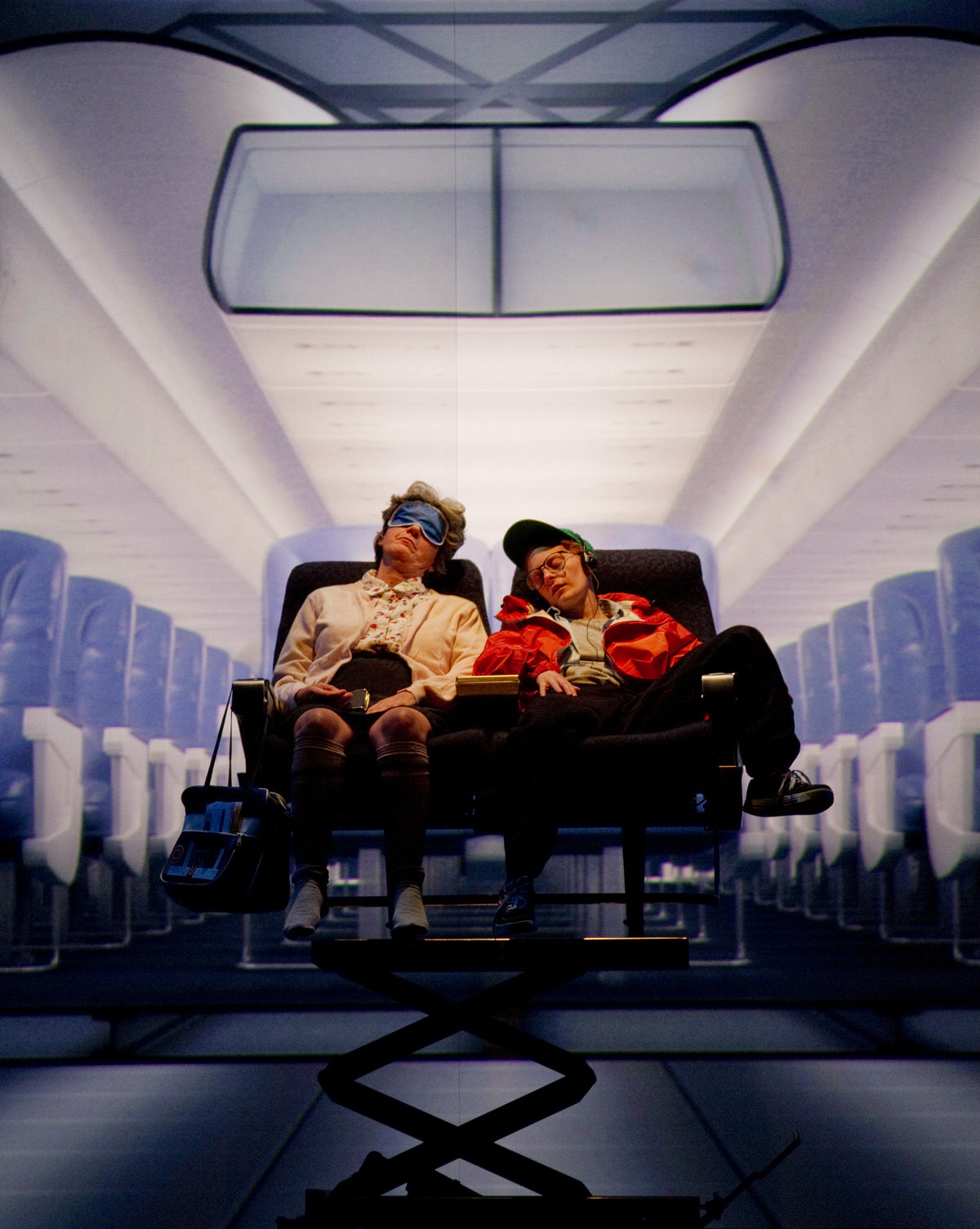